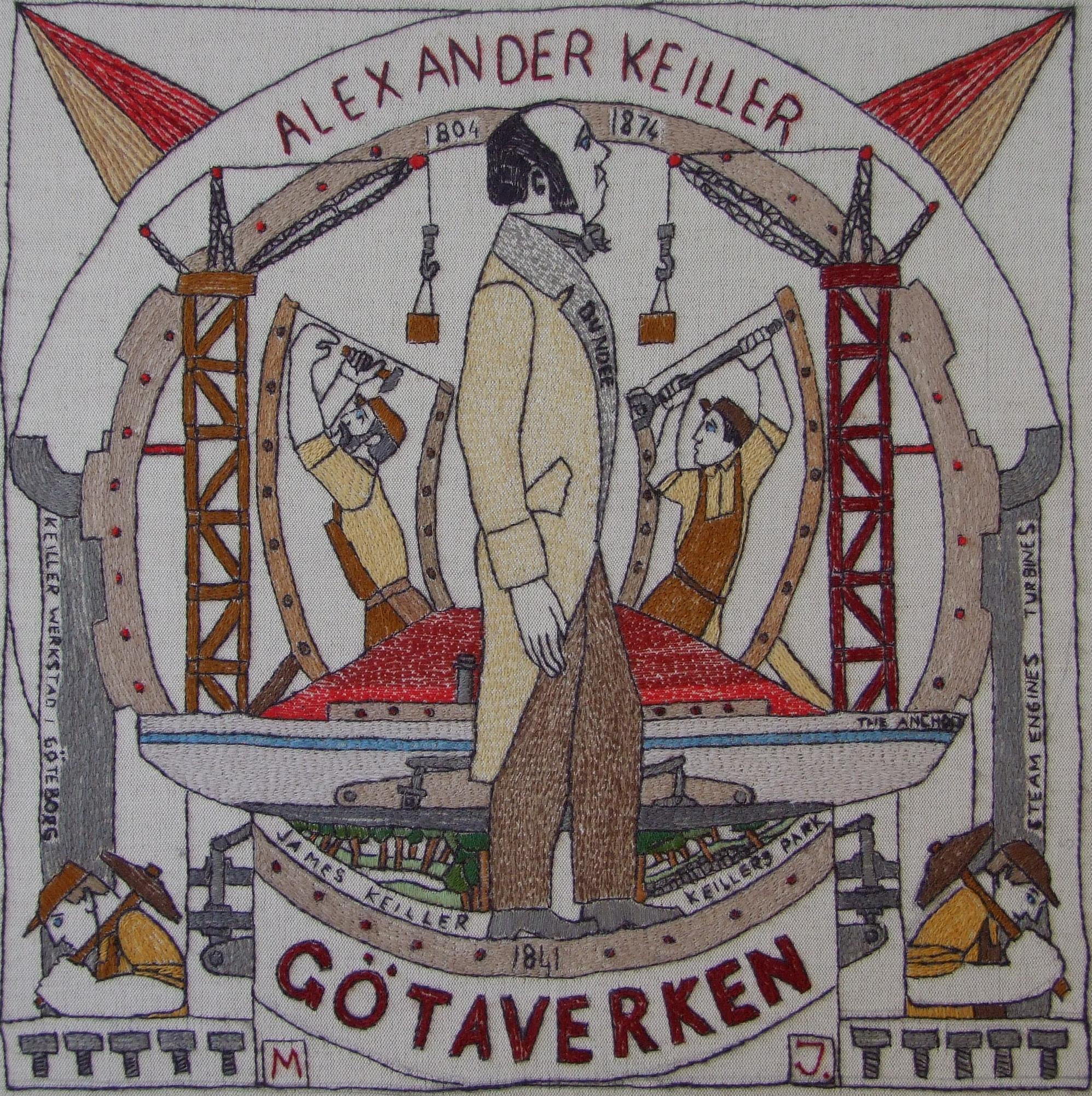 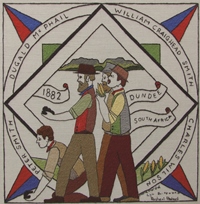 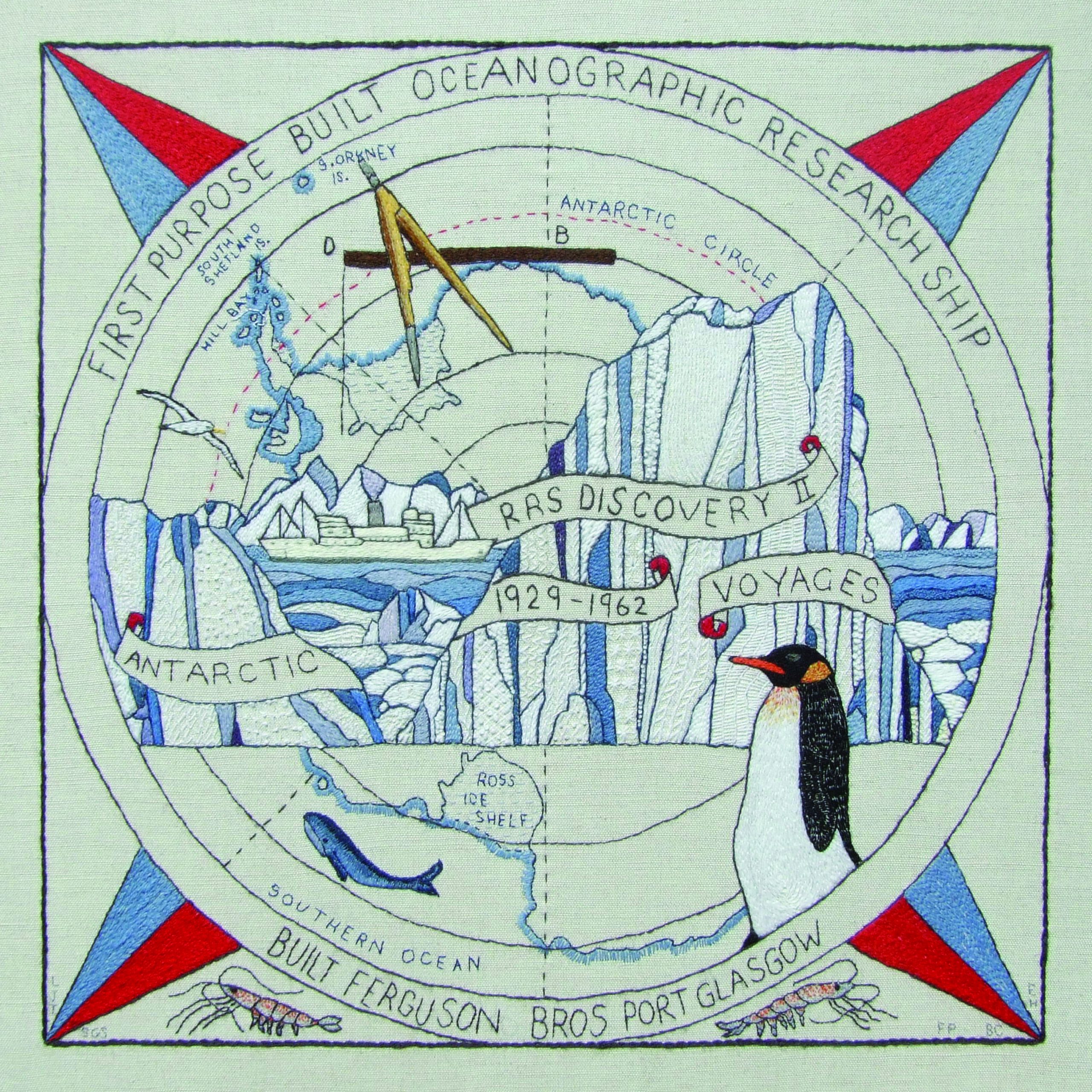 Dundee’s relationship with Ireland has been molded by the thousands of Irish immigrants who came to Dundee during the industrial boom of the Jute era. The history of Irish migrants to Scotland dates back to even before the 1800s but became much more common during the Irish potato famine. The jute boom happened to swell in conjunction with the Irish potato famine and the two events brought a new wave of Irish settlers to Dundee and by the 1850’s the number of Irish born Dundonians had grown to over 14,000. Irish folk settled all over Dundee but were particularly concentrated in Lochee, which quickly became known as Little Tipperary. The effect of the Irish settlers in Lochee had a profound effect on the city which can still be seen to this day. Learn More >

Alexander Keiller and William Gibson were partners in the business at Jonsered until 1839. Keiller, then set up his own engineering works, was involved in mining and went on to found a shipbuilding company, Keillers Werkstad I Göteborg in 1841. After bankruptcy in 1867, the company became Göteborgs Mekanista Verkstads AB, with his son James as the manager. Learn More >

Dundee is the wee Scottish city known for its Jute, Jam and Journalism. Dundee is also a coal mining town in the heart of rural South Africa. How could two places on opposite sides of the world have the same name? The story starts with one man, Peter Smith, who emigrated to South Africa after starting his life in on a farm not far from Dundee. Peter had gone to South Africa to seek his fortune and soon found it in the growing coal industry. He found coal on the Talana hillside and settled down nearby, selling it to the local towns and simultaneously running a small farm on the side. He named his town Dundee, after his birthplace, and soon a village began to spring up around his business. In the present day, Dundee has become a sizable town steeped in Scottish and South African history alike. It even has its own museum centered around the cities industrial heritage, sound familiar? Learn More >

Dundee’s connections with India are the most intricate and longstanding of all. From the first unloading of jute in 8020 right up to the modern-day, Dundee and India have been tied together through industrial traditions. The warm climate and natural fertility of the soil made India the perfect place to grow jute and the country is still the top jute manufacturer today. However, in the early 19th century and through a series of developments, Dundee became the ideal place to process the jute grown in India. Due to the already abundant production of linen and flax in Dundee, the city was already built for industry, specifically textile processing. Mills originally built for flax were easily converted for jute production. Dundee’s history as a whaling town also meant that whale oil, the key substance needed to process jute, was readily available. At the beginning of the 1800s, Dundee was primed and ready to develop a relationship with India. As the jute industry exploded in Dundee, many Dundonian Mill owners and workers emigrated to India in order to be closer to their trades and businesses. Soon, the jute barons began to realise that producing the jute in the country that it was grown would be more cost-effective and the majority of companies were moved out to India, leaving Dundee in the wake of economic decline. With them came many Dundonians, shipped out to India to oversee the production, now done mainly by native Indian workers. By the 1970’s many of the Indian jute mills were still run by Dundonians. Learn More >

During WWII, Russia put out a call for supplies after Germany invaded the Soviet Union. Britain, along with Iceland, America and other allies, responded. Together they formed the Arctic Convoys, a series of voyages taken through the perilous pass between the Arctic ice pack and the German base in Norway. The journeys were perilous and many young sailors lost their lives to ice and German submarines. An exception to this tragedy was Dundee’s own Jim Wilkie who was only 18 when he was assigned to the convoys. Jim was trained as a telegraphist assigned to seek out German U-Boats in the English Channel. He learnt of his trip a mere week before leaving, the arrival of a package of underwear suggesting they were heading somewhere cold. Over 3000 men were killed over the course of the Arctic Convoys but Jim survived, going on to have a long and happy life as landscape gardener. Learn More >

Dundee and Antarctica have a long and interesting history which started with the growth of one very particular industry: Whaling. Whale oil was a very important ingredient in the treatment of jute fibers and so was an important commodity during that time. Luckily, Dundee was already one of the biggest whaling ports in Scotland. The demand for whale oil continued to grow the whaling industry into a huge part of the Dundee economy. Ships would leave Dundee and sail down to Antarctica where they would hunt for whales and return them to Dundee to be processed. An exciting change came when whaling expeditions started to bring scientists and researchers to Antarctica to study the land. In fact, the first known photographs of Antarctica were taken from a Scottish whaling ship. The wave of Scottish scientists travelling to Antarctica had a huge impact on polar research and ultimately paved the way for Captain Scott’s ship, RRS Discovery to be built in Dundee in 1901. Today many places around Antarctica bear Scottish names including Dundee Island. Learn More >

After WWII, John and Jean Wilson left Dundee to seek a new life in Dundas, Ontario. In June 1948 John flew ahead, joined in September by his wife and children on the SS Aquitania, commissioned as an immigrant ship. The family had shared their cabin with another lady and her children from Glasgow. Each family was allowed just one trunk. Jean often told how her Roskyl Pottery vase, four piece tea set and her own embroidered table linens had been squeezed into it. Despite hitting the end of a hurricane, both the pottery, linens and people. Learn More >